Best of the Wurst 10

Best of the Wurst 10

In March and early April, we rolled out the previously announced wurst.build configuration file improvements, allowing for further code-based map metadata customization, and also laying additional groundwork for the independent map generation pipeline we envisage for the future of wurst.

You can now make full use of the toolsuite from the command line with our new Grill package manager. Additionally, welcome DamageEvent to the standard library: a new damage detection and modification API, which supports and uses the new 1.29 natives.

We merged over a dozen pull requests, and fixed plenty of bugs, thanks to many contributors, which we’re very excited about. The highlights: 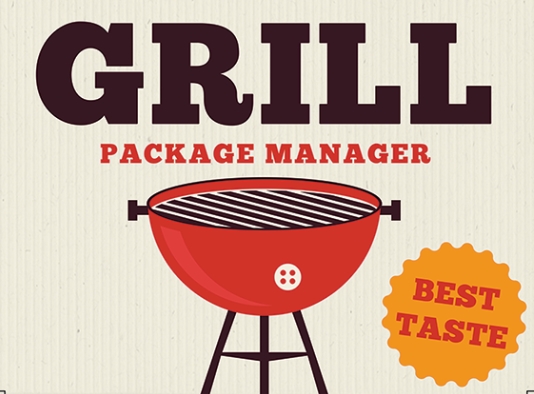 If you have been using Wurst for some time, you most likely made use of the Wurst Setup tool to install WurstScript, generate your project, and update dependencies. We started with a graphical solution first, to enable everyone to install and use wurst easily. Now that the Setup tool has matured, we are improving the command line interface for more advanced terminal users.

Note that all of these improvements are added to the existing setup, and if you don’t want to make use of them, you don’t have to! The only breaking change here is the new command line argument syntax, which is now unified and more aligned with other package managers. Running grill without any arguments will open the GUI (Wurst Setup) frontend, as before. Passing any argument will assume CLI usage.

Since all additions are kept in the setup, we proudly present the grill wrapper for easy CLI usage of the setup tool on any system.

Simply use the setup tool UI to install or update your wurstscript installation. Everything new is shipped inside.

To make proper use of the grill command in shells system wide, you need to add the Wurst installation folder (~/.wurst) to your environment PATH variable. How this is done varies a lot depending on your platform - refer to this tutorial. On Windows 10, the final result should look like this: 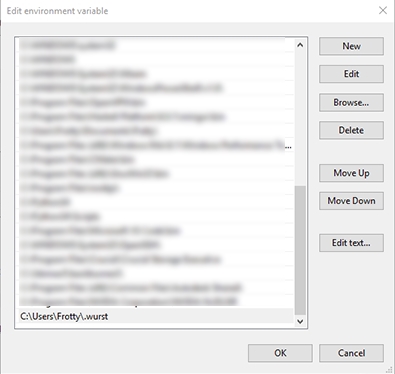 Now you can use the grill commands. Emoji support depends on the particular terminal you are using.

The main benefit to having a fully-featured command line interface is that you can run it on systems that have no display (headless). This enables us to automate the wurst mapfile build process easily - for example in continuous integration, as described below.

Passing any command-line argument to grill ensures that no user interface will prompt the user.

Use grill install wurstscript to install, or update an existing installation of, the WurstScript tools. The installation will be the same as for the setup, inside your user’s home folder ~/.wurst.

grill generate <project_name> will create a new directory with your chosen name, and generate a new wurst project inside. The generation includes an up-to-date copy of the default standard library dependency, and basic vscode project configuration metadata.

Unlike installing WurstScript or generating a project, the following commands are expected to be run from your project’s root folder.

If you have an existing project, or want to contribute to someone else’s project, you only need to install the project once after cloning/copying. This fetches a local copy of any dependencies that the project requires.

grill is not a fully-fledged package manager, as it doesn’t resolve transitive dependencies. It mainly pulls a list of git repositories for you, and configures them for the wurst compilation. Soon, we’ll add support for dependencies on branch or commit ID. The following commands must be executed from within a project’s root folder.

Simplified, CI is the process of automating the building and testing of your project on each version change (commit). Popular git hosts such as bitbucket, gitlab, and github enable us to use CI with our wurst projects. Arguably, the easiest way to do this is to use the docker-wurst image.

Docker provides mechanisms to containerize applications and systems into images, which can be run similarly to a virtual machine. That machine then comes with all the tools and dependencies installed and preconfigured, so that you can immediately use grill from the command line.

That’s it. We hope you enjoyed the tenth entry in the BotW series.